For years, consumers who transferred their pensions into a SIPP or QROP scheme have been persuaded to invest significant sums of their pension funds into products that were far riskier than they expected.  From luxury developments to storage pods and many supposedly green products like oil, forestry and even coloured diamonds, investors were persuaded to gamble away their life’s savings by firms and individuals who failed to consider the individual circumstances of their clients.

Often beginning with a cold call, often from an overseas call centre, and the promise of significant – supposedly guaranteed – returns, investors were not informed of the huge risks associated with these non-standard investments.

We are now seeing action in the form of large compensation payments to investors
Last year, the Financial Services Compensation Scheme (FSCS) tell us that they paid out £105 million in compensation on SIPP claims, an increase of more than a third on the £78 million paid out the year before. This year the FSCS has put aside an astonishing £375 Million for compensation claims which almost matches the bill for the FCA’s operations in Canary Wharf.
It has now been announced that another four more SIPP providers have been declared in default.  This happens when the FSCS is satisfied that the firm is unable to pay the claims made against it, meaning the firm’s gone bust and the FSCS will potentially pay compensation to investors up to certain limits.

The FSCS has received claims for compensation against Brooklands Trustees, Stadia Trustees, Lifetime Sipp and Montpelier Pension Administration Services, all related to how these firms have administered SIPPs and QROPs by allowing investors to put their money into a host of non-standard investments. The fact that the FSCS expects overall SIPP mis-selling claims levels to continue rising is a good indication that we are currently only scratching the surface of the number of individual investors who may have been persuaded to make these investments, and so could be considered for compensation.

In the offshore market, according to the HMRC figures, 110,000 QROPs were sold mainly by offshore, unregulated and unqualified advisers. The potential scale of that offshore mis-selling scandal is also enormous. 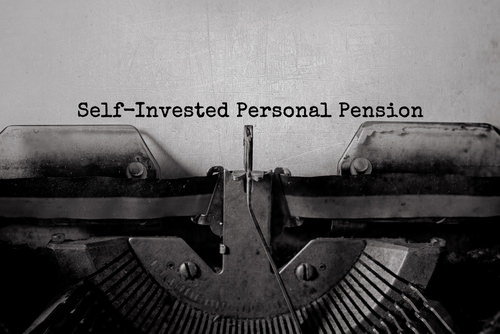 SIPP Providers on the rack

The Work and Pensions Committee, chaired by Frank Field has issued a letter to the FCA asking 5 questions.  The letter states that during the Committee's examination of defined benefit transfers "… it has become clear that SIPPs are the primary vehicle used by unscrupulous advisers to channel individuals' pension savings into unsuitable investments…" the letter also states that "…

Although the FCA has warned SIPP providers about what it expects of them regarding due diligence, it is not clear what repercussions a provider faces if these expectations are not met.  Primary responsibility for paying compensation for mis-selling falls to the financial adviser, who can evade this by folding their firm…".

So there you have it – the Committee of MPs is worried that IFAs are getting the stick due to SIPP providers!  And the chairman of the committee is a Labour Member of Parliament.  How times change!

The 5 questions raised by the Committee of the FCA are:

Those involved with complaints and claims against SIPP providers will be aware that these are some of the issues currently before the courts in Adams v Carey and the Berkeley Burke judicial review of a FOS decision from 2014.

The big thing that RDR introduced is the end of separation of roles between provider and adviser.  Now we are all responsible for everything.  So if the customer ends up with a UCIS/NMPI inside their SIPP after a DB transfer, almost regardless of how this happened (often following advice from an offshore adviser) the Sipp and the adviser both may be held responsible, and the DB scheme too may be held liable.